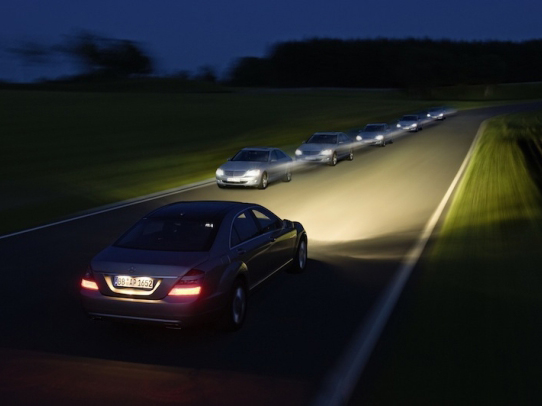 Many motorists recognize that when drivers flash their headlights they need to be looking out for something. More often than not, the message behind the flashing lights is that there is a police officer conducting traffic enforcement ahead. In different areas of the country, the act of flashing your headlights to warn of an officer is a crime. This is the case in Missouri, where the ACLU recently argued that ticketing citizens for “flashing their headlights” violates the First Amendment.

First Amendment rights include a citizen’s right to exercise freedom of expression without censorship from the government. The ACLU was able to persuade U.S. District Judge, Henry E. Autrey that drivers have a right to express themselves by flashing their headlamps. The analysis behind the holding is nothing unfamiliar to those who follow First Amendment law. In a nutshell, it states that the expression is useful for multiple purposes and restriction of such expression cannot take place by a state actor without a compelling interest from the government. In Missouri, violators of a “flashing lights” offense could face up to a $1,000 dollar fine if convicted for the crime.

Officials on behalf of the city and police department argued that the flashing of headlights interferes with police investigations. The act often allows drivers to slow down before ever encountering officers who use RADAR to stop and detain individuals who are speeding. Ultimately, the ruling reflected the judge’s opinion that a flashing set of headlights may carry many other messages that have different interpretations based on different circumstances and drivers. The judge reasoned that the expression could include attempts to warn motorists to slow down, turn on their own headlamps, and to proceed with caution.

An individual can raise a First Amendment violation when the government restricts speech in some form or fashion without a compelling interest. Texas has its own place in history when it comes to examining First Amendment issues. In 1989, the Supreme Court provided important precedence in a case known as Texas v. Johnson. In that case, a political demonstration by a citizen led to his dousing of the American flag with kerosene and lighting it on fire. After committing this act, Johnson was charged and convicted of the crime of “desecration of the flag”. The case eventually landed in front of the Supreme Court where two important questions were asked, whether there was “[a]n intent to convey a particularized message,” and, “[whether] the likelihood was great that the message would be understood by those who viewed it.” The Court ultimately decided that such use of political expression is guaranteed to citizens under the First Amendment.

Locally, a Frisco resident is making headlines for sending a similar message. Ron Martin was arrested and cited for holding a sign stating, “Police Ahead,” in an effort to warn drivers that officers were waiting nearby. Martin allegedly violated a Frisco sign ordinance, which states that people who hold signs must be on private property. Martin pled not guilty in the misdemeanor charge and believes the current practice that officers’ use, such as hiding behind objects while monitoring motorist speed, is unsafe for both the officer and citizens on the roadway. If the case goes to trial, prosecutors will have to find a compelling interest and overcome the “heavy burden” that accompanies such restriction of speech. Otherwise, the ordinance will likely be an unconstitutional limitation on Martin’s First Amendment rights.